It’s a special kind of sibling love. One Whittier man is doing everything and anything he can to help his sister who is battling stage 4 breast cancer.

WHITTIER, Calif. – A Whittier man is raising money for his sister by dancing.

You may have seen the high-top hat wearing, Ron Galarze, announcing participants at the Uptown Whittier Christmas Parade or finishing one of five LA Marathons… the last one with a brand-new pacemaker, no less. He is known for his energy and commitment to his family, especially his sister Julie who has been battling breast cancer.

The cancer has spread to her spine and bones, but she is still fighting and so is her brother.

Ron quit his long-time job at a funeral home when she was diagnosed and cashed out his 401K so he could pay bills and take her to appointments. Julie, a practicing nurse at the time of her diagnose, kept the insurance as long as possible, but eventually had to go on Medicare, which only pays part of the bills.

They are trying to raise money with a GoFundMe and fundraisers, which Ron is taking to whole new levels. 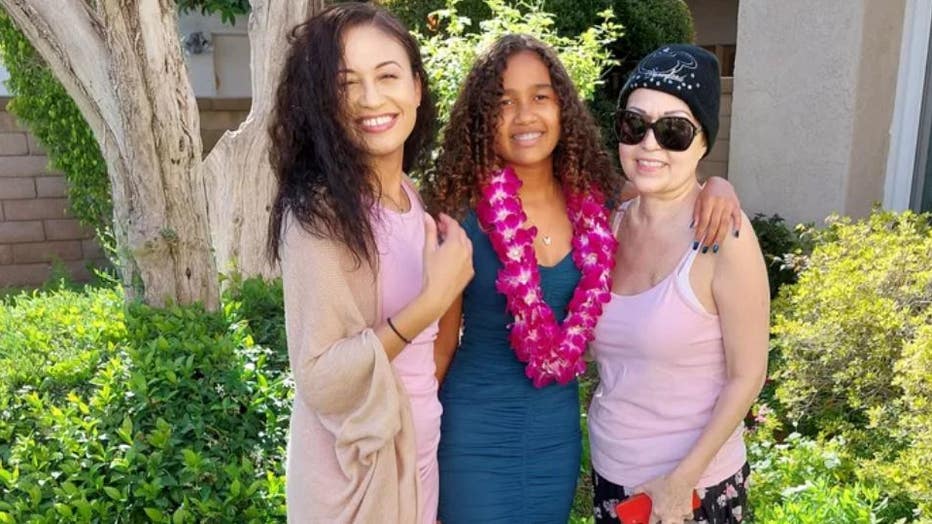 He is hosting a Danceathon this Saturday, July 29th, from 5-8pm, in front of his home. He will take pledges and dance on a tabletop, to the beat of disco music, for as many hours as people pledge– at least 3 straight hours. He is inviting the public to help with pledges and even dancing.

There will also be plants for sale from his beautiful garden, gift certificates from local merchants, and more. Most of all, he says there will be friends and family “helping cheer Julie on, in her marathon with this disease.”

“You can’t give up, you have to fight,” Julie told FOX 11 during a Zoom interview from her bed. She says her brother is her number one fan and can’t begin to thank him for everything he is doing. He, in turn, thanks the community for being supportive and hopes people will come out Saturday– not only for his sister, but for cancer patients in general, and the community as a whole.

“It’s about faith, hope and love, for Julie, but also for all of us,” he said. “We all need more support and love in our lives, especially these days.”

The Danceathon begins at 5 p.m. Saturday at his home on 6211 Greenleaf Ave. in Whittier. Don’t be surprised if you see a Disco ball and get caught up in the kind of sibling love that gets stronger even when facing devastating circumstances.